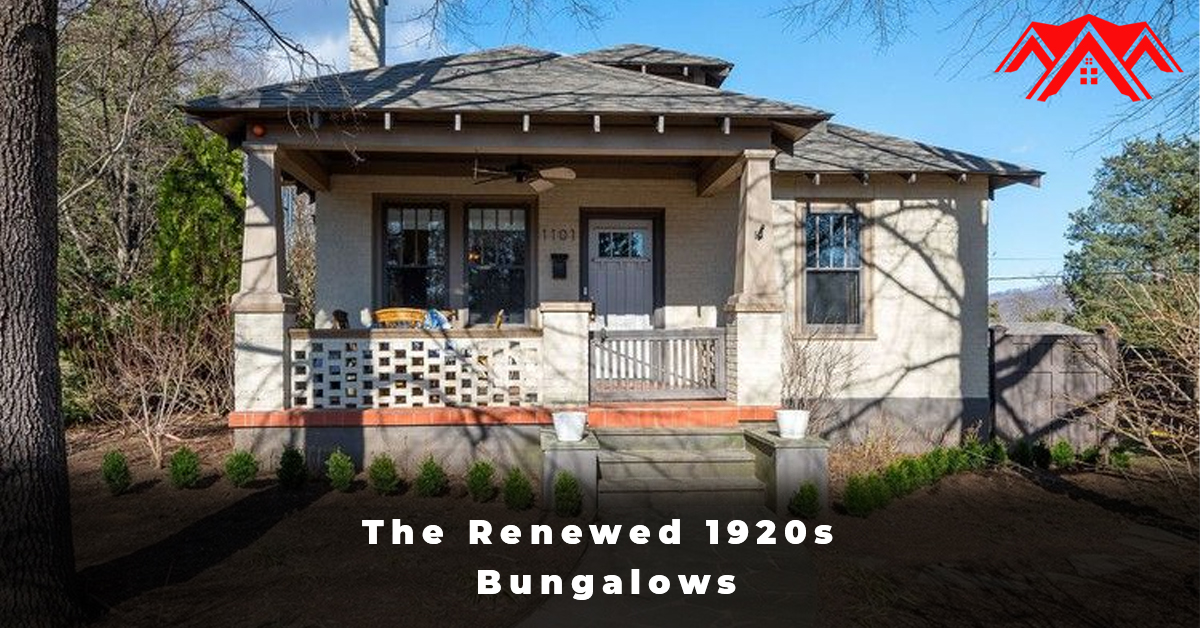 Today most of the people we met are inspired by the bungalows in 1920, 1930, and even before that in the USA. They like the interior design of that time, but how they are inspired and how they design Bungalows.

So, most interior colors are very bold, and the art deco movement inspired designers. It is a very famous movement that started World War 1 and was inspired by France. The furniture of the homes of that time was also of geometrical shape.

Many people might think that the cottage and bungalows are the same things, but this is wrong. These two are the whole different things from the two different cultures. The bungalows are from the Indian culture, and they are the symbols of arts and crafts.

If we look closely at this cones-shaped bungalow, you will feel the artistic naturalism because of their exotic and creative naturalism. If we talk about the USA, then the bungalow culture first showed up in the 1880s, and the era from 1870 to the 1950s is called the era of arts and crafts. But if we want to be exact, then the era from 1909 to 1925 was when the writers, novelists, and storytellers made the bungalow symbol of the arts and crafts.

1908 was when all the American middle class was dreaming of getting their own home. When this phenomenon of bungalow reached them who were craving for a very simple liveable place, they transformed it according to their requirements.

The real-time boom of bungalows in California was the 1920s. Many people were building their bungalows in that period, but bungalows before that time were known to be something very creative and artistic. Still, when many started making it, they destroy the culture, and the bungalows became very cheap.

But after 50 years of destruction, there was a campaign in the government of Ronald Reagon for the revival of the bungalow arts and crafts and in which there were many bungalows that were bought from their owners and then revive to their actual condition. It helps to boost the culture of arts and crafts.

What is the Bungalow?

People think that some kind of artistic work on the home makes it a bungalow, but that is not true; some things or hallmarks make a bungalow; let’s see what those hallmarks are.

The bungalow is all about the artist’s art, so; this is how the artists design the interior of the old bungalows; let’s see what their preferences are when they are starting to design the bungalow.

A version of the Bungalows

There was a time when the bungalows are not very common, but now they are very common, and after the 1920s, more and more people were trying to make the bungalows. The good thing is that there are many other versions of the bungalows in different areas of the world; let’s see them.

It is a short and brief summary of the 1920s bungalow that was very famous in the United States of America as the artist’s crafts. There is no doubt that the start of Bungalow culture is from California, but in the 1920s, many bungalows were made, that the authentication and artistry of the bungalows vanished.

Some things are compulsory to have for a bungalow that we mentioned above in the article. Then we discussed some other versions of the Bungalows in which the bungalow was exported around the world.

How were homes decorated in the 1920s?
In the 1920s, a very famous art movement is called art deco; France inspired this, and all the bungalows in the 1920s were inspired by it. There were many bold colors, and wooden work was used in the bungalows, and furniture was all geometrical shaped; this was the interior trend at that time.
What is the 1920's house style?
The house of the 1920s was not that big as some decades ago, but many interior designers tend to adjust the most things in very small places, and the bungalows of 1920 were more space-saving than the yacht they want to provide everything in the small space of the bungalow.
What do bungalows look like?
If you look at bungalows from some distance, you might easily recognize that because they have a sloped roof, and mostly there are single-story bungalows or one and a half story. Many people think big houses with double stories are bungalows, but they are not bungalows are mostly the smaller places.
What makes a house a bungalow?
The thing that makes the bungalow is the look because many other new houses are made in the 1920s and after that, but you can’t say that they are the bungalows because bungalows are the artist’s art, so, interior and exterior is what that makes the bungalow. The bungalow has a sloped roof, and it is a mostly smaller area.
Why do they call it a bungalow?
The bungalows are from Indian history; that is why it is derived from Bengal, an area of India. Bengal was the place where the bungalows were first made, and after that, it was exported to all other places in the world. These are the sloped roof single-story houses mostly made for the British officers when they rule in the Indian sub-continent.